Overlooked in the spring and summer, it’s now time for the fall-blooming native perennials to shine. And let’s be clear, these aren’t overlooked because they’re bad plants, but because they’re not brightly blooming at those times. Ah, but now… Sean, our horticulture guru here at The Gardener’s Center, has put together a group of late-blooming native plants that deserve the spotlight.

Things he loves about them: They’re natives. They’re perennials. They provide late-season color. And they offer late-season nectar and pollen for bees, butterflies and migrating hummingbirds.

Sean calls both of these perennials Eupatoriums, and while botanists have renamed lots of plants—these are now called Eutrochiums—Sean learned to call them Eupatoriums decades ago, so he’s going to stay “vintage.” His word!

The Hardy Ageratum produces a true-blue flower, making it especially desirable as there aren’t a lot of blue flowers in the garden. Plus, butterflies adore this flower, including the Monarchs who are moving through as they migrate back to Mexico and Central America for the winter.

Before you plant it though, understand that the Hardy Ageratum is “rambunctious,” according to Sean. If you’ve ever grown mint or Monarda (Bee Balm) before, you know what he’s talking about. In other words, the Hardy Ageratum would not work well in a small, manicured garden. These plants spread by rhizomes and runners, so they’re really good for areas that you want to naturalize and fill in quickly, places where you can let it take over. Plus, these are a great pollen source and they make fantastic cut flowers.

The Hardy Ageratum’s bigger cousin is Joe Pye Weed. These can also be a bit rambunctious, growing five-to-six feet tall by the same width. A dwarf variety Sean likes is called “Mask” and it grows to be three feet wide by three feet tall. They have pretty, mauve flowers late in the season with nice, dark stems, and they, too, make a great cut flower. Sean loves this plant for winter interest as it also gives you a pretty seed head on sturdy stems, providing nice structure for your winter garden.

Both these Eupatoriums like full to part sun, and they like a wet area. It doesn’t have to be a swamp or a bog, but they would naturally grow pondside or riverside, or in low spots in the woods and meadows. In other words, these guys are not super drought tolerant. Normal irrigation in the garden would be fine.

Showcasing the variety Aster Novae-Angliae, this American native is specifically native to New England as well. Just like with the Eupatoriums, the botanists have changed the name of this species from Asters to Symphyotrichum. Sean’s sticking with Aster (he says it comes more naturally to him), so there you go.

The Aster Novae-Angliae is the straight species New England Aster, meaning that it is not a hybrid or a cultivar. So if you’re gardening with natives and want to be a purist, this could be a great choice for you. In the right spot, these can be spectacular.

They grow five-to-six feet tall and wide, presenting more as a shrub, and they flower very late, from the beginning of September all the way to the first hard frost in late October or November. These are also important to bees and butterflies, and they are a host plant for a couple types of caterpillar larvae.

Other varieties include Purple Dome, which is bred to be shorter and more compact, and Vernonia Lettermannii or Iron Butterfly. The Vernonia is not native to Connecticut, and grows in parts of Arkansas and Oklahoma naturally, but what Sean really likes about this particular perennial is that it has fantastic texture and looks nice even when it’s not blooming. Like the Purple Dome, it’s a cultivar that’s been bred to be shorter and more compact.

These Asters like rich, consistently moist soil, and can tolerate dry periods once they’re established. The Vernonia is the more drought tolerant variety of the group.

So if you’re looking over some late-season native bloomers, don’t overlook these beautiful, pollinator-friendly perennials.

There’s always room for one more plant! Come in and see what can make your garden just a little bit more wonderful, even in the fall season. You can count on your friends at The Gardener’s Center for information, inspiration and perfect plants. 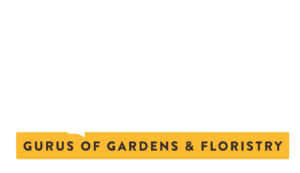